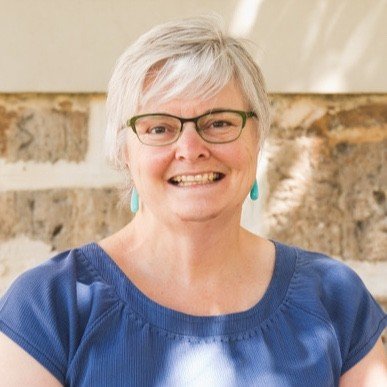 I started professional life as a Psychologist working with children and families in Burnie on the North-West coast of Tasmania.  There seemed to be an endless stream of children, mainly ten year old boys, marching through my clinic who were having trouble with learning.  My job was to discount intellectual disability as the cause of their struggles, and diagnose them with learning disability.  At the time we didn’t know what else to do except recommend a very structured learning program and lots of moral support as the child progressed through the education system.  What puzzled me, however, was that when I looked at the child’s historical school reports there were comments that indicated learning problems were evident right back to kindergarten.  Regardless of this, early intervention had not been organised for the children.

Roll on a few years and my children were old enough for me to return to the workforce and I decided to become an early years teacher so I could identify and provide early intervention for those children who were showing the early signs of learning difficulties. The aim was to refer them for speech pathology and occupational therapy. I was a bit shocked when I discovered the very low level of understanding of learning and learning problems amongst teachers. Parents were being told ‘he’s a boy’, ‘he’ll grow out of it’, ‘he’s a second child’, ‘girls always struggle with maths when these things are very untrue. Thinking it was my own lack of experience in the field, that there was something I didn’t understand, I enrolled in a Master’s degree to find out some more, and found that even at that level of study there was very little teaching about or understanding of the sorts of developmental issues that indicated a learning problem was imminent for the child. It seemed that the education system is only set up for those people who don’t have a problem with learning. Yet there are credible estimates that 15% of the population do have such a problem.

Then I saw an advertisement for a position as an Arrowsmith Teacher. I hadn’t heard of the Arrowsmith program before and was more than a little sceptical about it. It seemed to promise that learning disorders could be overcome! Parents have been promised this before only to find little or no change in their child’s learning and I didn’t want to be part of an organisation that promised but did not deliver. In addition, the claims of fundamental change being made to the person’s learning capacity were entirely against everything I had ever learned. I was, however, intrigued and investigated further. The research that had been done was really compelling and I was amazed by the seemingly miraculous changes in people’s lives that had occurred. This was something I wanted to know more about!

I applied for the position, was selected and trained as an Arrowsmith Teacher. Finally, I had found something I could dedicate myself to. Initially it was the social justice aspect of the program that appealed to me. I believe that all students have a right to receive the education they need to become independent in our literate and numerate society and this program maximises the chances of doing that for people with learning disorders.

As I’ve continued, however, I have become very aware of the pain that learning disorders cause. Children think they are ‘dumb’ because they can’t learn and might withdraw or become ‘behaviourally challenged’. Adolescents develop mental health issues because they struggle so much at school and are told – ‘just concentrate a bit more/ try harder’ as though it is their fault that they cannot learn, not the fault of the teacher who cannot teach them. Adults have missed out on reaching their potential because they are either not as literate and numerate as they need to be, or their executive functioning is not well enough developed for them to plan, manage themselves and understand the workplace.

All of these things are now unnecessary, because now we know what to do to help people with these problems.

The Arrowsmith Program helps people strengthen their cognitive skills and overcome their learning disorders so they can start to participate fully in our literate and numerate society. It is a privilege to facilitate it for people and a delight to watch them progress as their brain changes to make them more capable, stronger learners. It is incredible to me to walk beside someone and watch as they develop their underlying cognitive skills and become more aware of the world, gain independence and enable their potential.

I invite you to contact me to talk about whether this program is suitable for you or someone you love.

For more information or a no obligation chat:

Alternatively, you could do our questionnaire to see if the Arrowsmith Program could be suitable for you.

The Cognitive Strengthening Centre acknowledges the First Nations people of this land and pays our respects to their culture, people and Elders past, present and future.
0410045134
corner Parry and Cantonment Streets, Fremantle